Print Chapter
Report Abuse
Reviews (5)
Tom fell into a chair on the far side of the Slytherin common room. He was exhausted, despite the fact that his completed task had exhilarated his senses, and didn’t want to have to explain the mud splattered on his usually spotless shoes. He unbuttoned his blazer and leaned back into the chair in a manner he seldom adopted. He was relaxed. He was… content. He closed his eyes and remembered the moment again; his hands clenching at the arms of the chair as the pivotal moment came and passed.

He would have sat there, continuing to imagine it over and over, had it not been for the small bits of pressure that trailed up his leg and then the small plop of weight that planted itself in the center of his lap. Tom opened his eyes, lowering his gaze to meet the stare of the creature in front of him. The small tabby’s seemingly oversized eyes were a reflecting yellow from the candle light around them. The kitten mewed at him, placed its tiny front paws on his stomach, and began a symphony of kneading and purring before curling up into a little ball of orange fluff.

Tom raised his hand, set to toss the cat off of him, but the action was interrupted by the giggling exclamation of a fellow Slytherin. “Oh Tom, is that your new pet? He’s so cute!”

The comment came from Marishka York, daughter of a wealthy Slytherin family and girlfriend to his close friend Avery. Tom considered his options. He could explain to Marishka how he had taken the kitten from a little girl in the village that sat before the house in which he had just murdered his father and grandparents… but he thought that bit of knowledge would be better shared with Avery. Another option was to acknowledge that he did, technically, own the feline now, but that would require him to continue said ownership when the last thing he wanted was… “a pet.”

Marishka spoke again, before his mind came to a conclusion, and asked if she could hold the tabby. Tom offered no objections as the thing was getting bits of orange fur all over his pants. Marishka happily took the kitten from him and cuddled it in her arms. “Oh, she’s a girl. I would have expected you to get a boy if anything. What’s her name?”

Tom again paused, still undecided on what course to take, but the answer of a name came to his lips quickly. “Salazar.”

“Salazar? What kind of a name is that for a female cat?” Marishka scolded. She held the kitten up in front of her and pressed their noses together before adding, “we’ll just call you Sally ok?”

Sally mewed a sort of approval; Marishka giggled before placing the kitten back into Tom’s lap and declaring that it was time for bed. Tom leaned his head against his hand and stared down at the tabby, who had turned over on her back. “What now?” he asked the kitten and brought his hand down from under his chin to settle her as she rolled around.

Sally, however, was in no mood for settling down and instead began to bat at his fingers as if they were toys. It was sickening, undisciplined, and too incredibly amusing for Tom to stop. 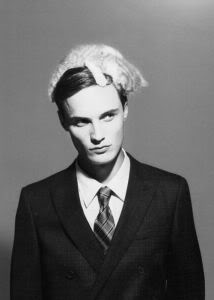